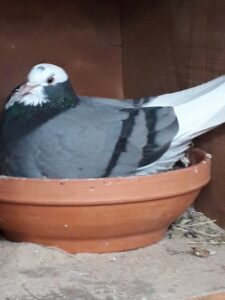 The National Birmingham Roller Club is a non-profit organization dedicated to promoting the flying and breeding of the Birmingham Roller Pigeon. Through a combination of regional and national events, the NBRC fosters a camaraderie within its members.

With members in every state and across several countries, the NBRC strives to unite the breeders of Birmingham Rollers with the goal of sharing and learning from each other and from our birds.

Every year the culmination of our passion to breed top performers is exemplified with the National Championship Fly. During the early fall, hundreds of competitors across the country fly their best kits in hopes of landing a coveted qualifying position for the final fly.

The official NBRC bands, (plastic-coated, plain aluminum & anodized) can now be ordered online! Bands will be mailed after January 1, 2021. Go to the online store to order. You must be logged in and be a paid member to purchase.

Some have noticed that it is taking longer to get or ship to some overseas countries.  This problem has escalated as the Post Office has temporarily ceased operations with a number of countries.

We have received some reports of foreign members not receiving their newsletters, even though not in affected countries.  At this time it appears that most foreign mail is affected, whether severely delayed or not being delivered at all.

All of those that are the high bidder need to contact Danny Sturgeon to make payments for the birds they have won. If they have not contacted Danny after 7 days, the birds will be offered to the next highest bidder. Contact Danny at dannysturgeon@gmail.com or call (660) 291-8261.

Roller Men of the Past 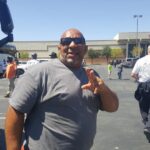 How many of these roller men from the past can you identify?

The NBRC Facebook group had a fun time posting photos and having people identify them.  To preserve that bit of history a page has been put together.

The July/August 2020 NBRC Bulletin is in the mail and is now available online!   Below is a sample from a prior issue:

AND THEN… THERE WERE NONE 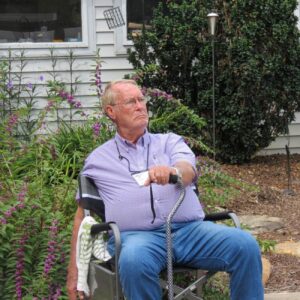 Sadly, but due to health complications relative to the aging process that eventually catches up with all of us, my once constant and flourishing number of 150 plus Birmingham Rollers that inhabited my loft has gradually been in decline the past few years. No longer can soft cooing be heard within the vacant breeding loft that stands solemn in the valley. No longer do birds eagerly await their release from any of the seven kit boxes situated behind the fence that borders my backyard. The triple-digit family had dwindled to only 14 members, and as the new year got underway their days were numbered as well.

The last inhabitants were dear reminders of 75 great years spent breeding, training, and flying my beloved pigeons. The remaining birds included 10 designated breeders and four flyers that never really had the opportunity to display their true value in the air.

Without proper settling but with the overriding itch to see a bird in the air another time, I flew a couple of them on what would turn out to be my final day of flying. With neither returning, then… there were 12.

I had promised Shayne Castro a pair of reds, so contact was made. He dropped by to collect them for relocation at his loft on the other side of town.   And then… there were 10.

I cared for the residual flock during the winter, holding on to the physical aspect that provided so many countless memories over the past three-quarters of a century. But the time had come to separate. Bob Simpson, a longtime friend and fellow competitor in the 80s and 90s in the defunct Carolina Flying Roller Club, stated his desire and interest of getting back into Rollers last summer. His local racing club had ceased operation, leaving him with a void. I knew then that when the time came, he would be the man that I wanted to take possession of my remaining stock.

I reached out to him, explained the situation, and initialized closure. On a somewhat gut-wrenching Sunday afternoon, February 9, 2020, the transfer took place. There was a lump in my throat and an erratic heartbeat as the birds were picked up one by one and handed to Bob for placement in his carrying cage. The countdown had begun, and once the first bird had left my trembling hands the double-digit family became singular.   10, 9, 8, 7… 6, 5, 4, 3, 2…. And then… there was 1.

After a slight pause to collect my emotions, I picked up the last bird inhabiting my loft, and after handing it off felt a numbness beyond description. For the first time in 75 years, I did not own a Birmingham Roller pigeon. The time had come to say goodbye to the addiction that consumed most of my life.

And then… there were none.

It was a solemn moment following his departure. We exchanged a handshake and he left my driveway, but mixed with the grief and sadness was a touch of pride in knowing that the birds and I were a great pairing for many, many years and that they would be good hands and kept intact.

And now… time for reflection, I have thought of how I was born an “animal nut”, and among my earliest memories are those spent helping my grandmother feed her Cornish chickens. Soon after, I had my own flock. A friend of my dad, John Bailey, moved into our neighborhood when I was quite young. He had worked with Racing Homers while in the military, and built a loft that was practically in my backyard, which was soon occupied by homing pigeons. “JW” as he was called, and wife Jean, almost adopted me as they had a dog, a cat, and guinea pigs along with the birds that both entertained and infatuated me.

To read the remainder of the article, check out this issue in the Members Only section.  If you are not yet an NBRC member you can join right now using Paypal!  On the right hand side in the menu section is an option for “Join NBRC”.

You can access it by clicking the link in the address or by searching “NBRCONLINE”.   It is a very active page with lots of good information being shared.

What is a Birmingham Roller Pigeon? 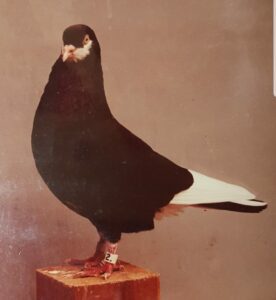 John McDougall’s Flying American Roller – black beard OC. Photo from 1989. I first started flying rollers in 1944. These blacks were developed from a red cock × black hen that Bill Schreiber gave me around 1972

The Birmingham Roller Pigeon is a domesticated member of the bird family Columbidae. In particular, the Roller distinguishes itself by its ability to “roll”, or summersault backwards in rapid, tight rotations. The rolling can be so fast on its axis that the pigeon resembles a ball of feathers spinning in mid-air.

Birmingham Rollers, like all domestic pigeons, possess a homing ability which drives them to return to where they feel safe and where they find sustenance. With this natural ability, enthusiasts launch groups (also known as kits) of Rollers into the air to watch and awe at their synchronized acrobatics. During the competition, these birds are judged on a variety of factors, including the number of birds rolling simultaneously, the depth of the roll, and the quality of the roll, as well as “kitting” (grouping or flocking) ability.

Noted past rollerman and judge Nick Siders shared this short article edited from a writing by Graham Dexter.

What does a proper Birmingham Roller need to do to be worth watching?

The roller should roll over backwards holding its wings up to a parallel point at the top of its axis and on the wings on the downstroke should also finish when parallel. This gives the illusion, if fast enough, of a smooth spinning ball. When seen from below it may present as a spinning ‘H’ or if the wings go slightly the parallel position it may look like an ‘A’. When the wings do not reach a full parallel point before commencing the downward stroke it may appear like an ‘X’ from below. For most novices, the most important thing to note is that when the bird is rolling and viewed from the side at a right angle, it should give the impression of either a solid ball or a ball with a hole through the middle.

Pensom’s ‘considerable distance’ should be long enough for the viewer to see it start, notice its shape, speed, and style, and whether the bird stops correctly. If the roll is too short the viewer will not have enough time to do all this.

The proper Birmingham Roller should start cleanly and sharply in the roll, roll in a straight line, show no change in speed or style throughout the duration of the roll, and stop cleanly, facing the same direction the kit is flying.

The bird should be capable of rolling frequently at least once a minute or more often. More important it should roll with the kit and as often as it rolls and should be able to roll throughout the duration of the fly. – Graham Dexter (edited) 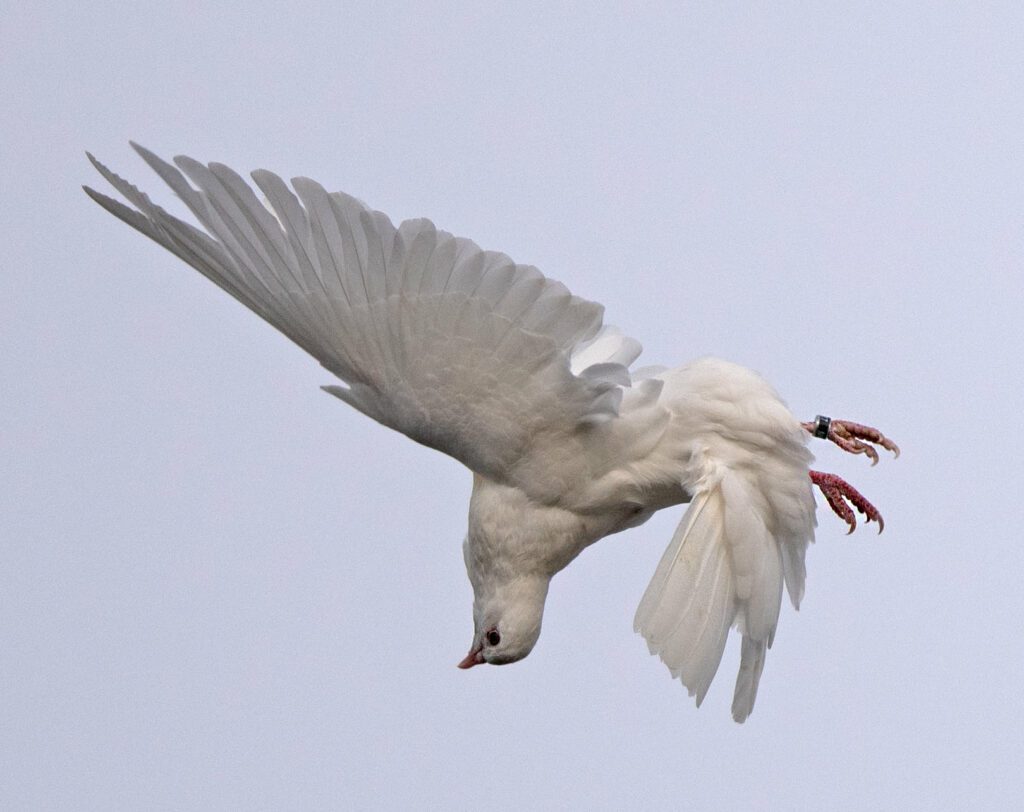 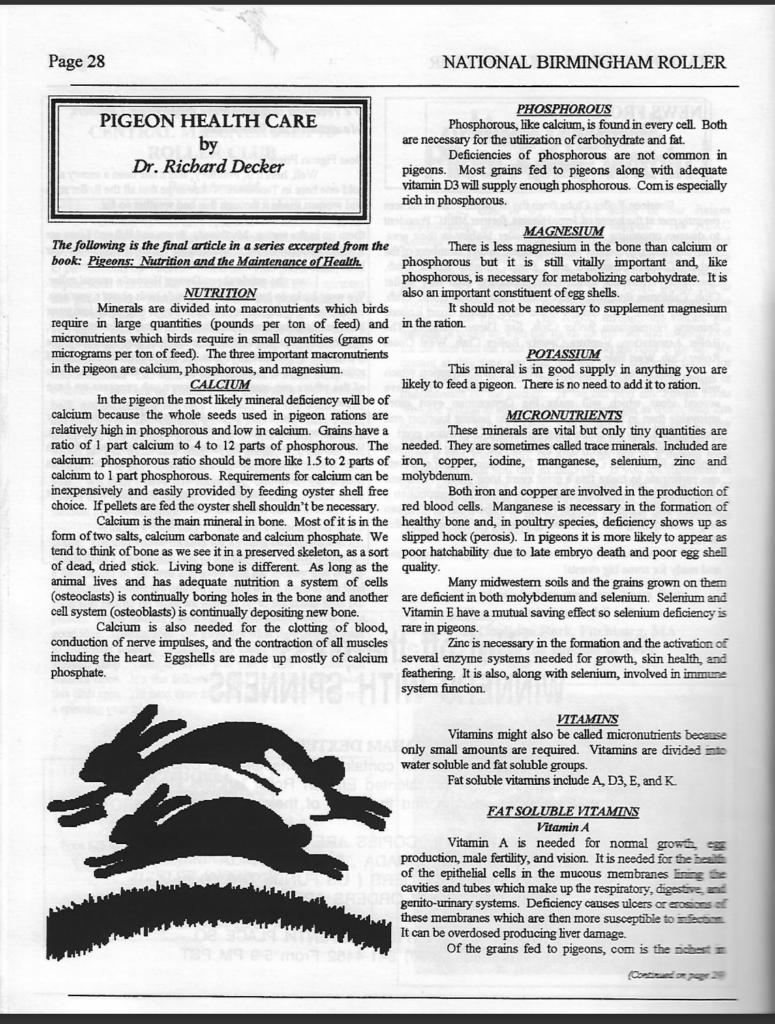 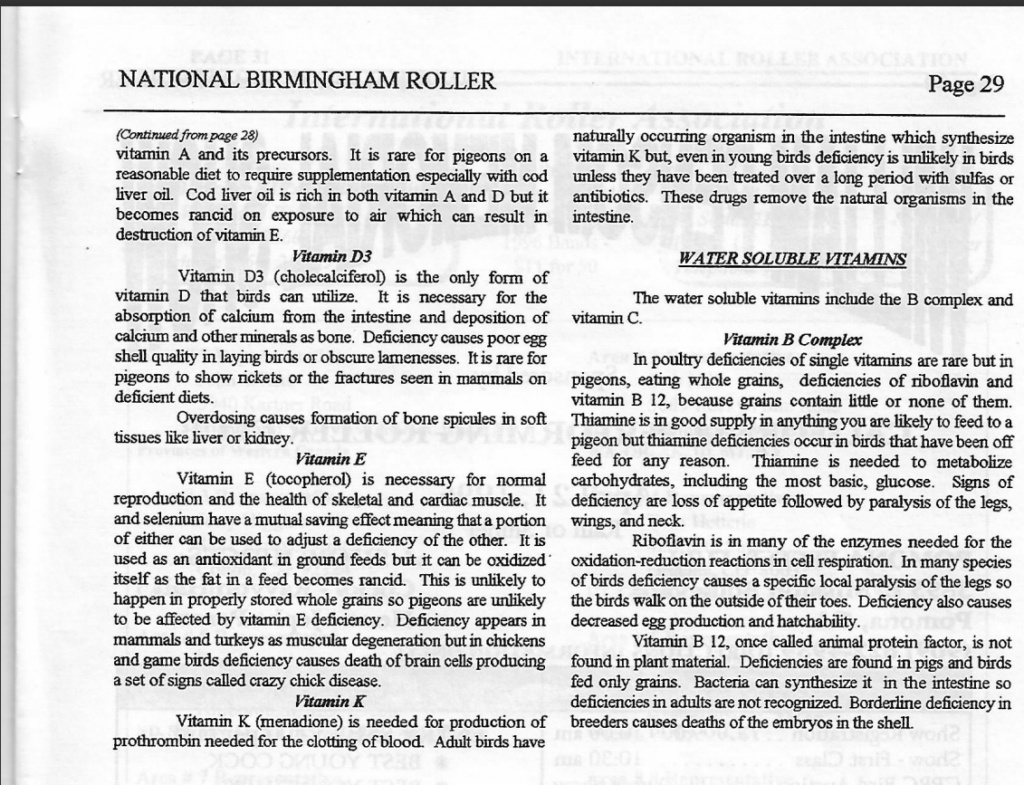 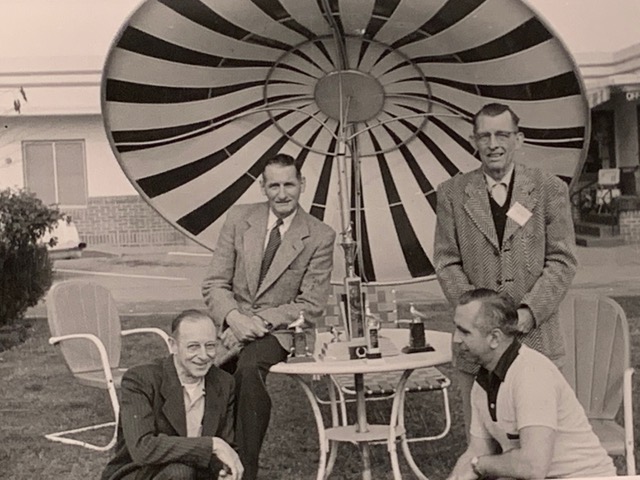 J. Leroy Smith standing at table on right of table with glasses, William Penson on left sitting on table, Howard Mcully on left kneeling and Stan Plona on right in white shirt