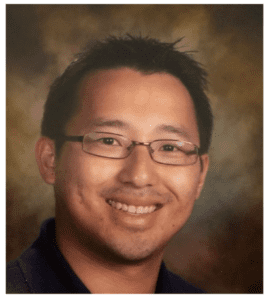 The NBRC National Championship Fly, NCF, is the NBRC’s premier fly. The National Championship fly was an idea started in late 1995 and came to fruition in 1996 thanks to the likes of Jim Schneider, Jim Perri, Rick Mee, Bob Berggren and others. Jim Schneider served as the fly coordinator and Rick Mee as the finals judge. The NCF serves as the premier showcase of the best flyers America and Canada has to offer, available to all NBRC members who wish to participate. Unlike other big flys, the NBRC NCF offers two separate and unique flys which cater to the different breeding and flying ideals that rollermen may have. As noted above, Rick Mee was the inauguaral finals judge and Guil Rand was the first NBRC NCF 20 Bird Champion back in 1996. The 11 Bird NCF is a competition fly meant for a kit of 11 rollers where rollers are judged and scored based on individual merit of depth and velocity, assuming the minimum quality is met according to the fly judge. Birds are given points based on their depth of their individual rolls and each roll may score upwards of 2 additional points, one point for exceptional depth (over 45’) and one point for exceptional velocity. A maximum of 5 points may be earned by a roller for executing a single roll. To read more on the complete rules, please refer to the rules page. The 20 Bird NCF is a competition fly meant for a kit of 20 rollers, where rollers are judged and scored based on the merit of teamwork, depth, and quality. To score, a minimum of 5 birds must break, or roll, together simultaneously for a minimum estimated depth of 10 feet. The larger the number of birds breaking, or rolling simultaneously, the larger the score. At the end of the fly time, the judge will multiple the score (raw) by the estimated overall depth and quality multipliers (between 1.0-2.0). Once again, to ream more on the complete rules, please refer to the rules page. The World Cup Fly is another 20 bird competition fly that allows rollermen from around the world to compete against one another in arguably the grandest stage of them all. The World Cup initially came from the old Northwest International Fly that started in the northwestern states of Oregon and Washington as well as their neighbors in the Canada. The Northwest International Fly spawned the idea and eventually gave birth to the World Cup Fly in 1991 which was created mostly by men like Doc Riemann who served as the first continental coordinator for the US as well as Don Lehman, Dick Rickner, and others from the Northwest Roller Jockey Club. Rules are nearly identical to the NBRC 20 bird NCF where birds must roll collectively as a group of 5 or more in order to score. To date, only one man has won the NBRC 20 Bird NCF more than once and that is Mark Ritter of Minnesota. To date, no one has won the NBRC 11 Bird NCF more than once. For the World Cup Fly, only two men have won the competition more than once and those men are Monty Neibel of Canada, who passed away tragically in 2000, and Heine Bijker of Holland. The Triple Crown, an even more impressive and rare feat of winning all three big competition events (11 and 20 bird NCFs along with the World Cup Fly Championhip), has only been achieved by one man, Don Ouellette of California.Participants in these big three flys also earn what is known as Master Flyer Points, MF, which are accrued over each competition. The NBRC Vice-President oversees tracking and tabulating all MF points. The more participants and the higher one places, the more points one will earn. Once a flyer has earned 750 points, s/he will earn the title of Master Flyer, a title reserved only for those who have shown they truly understand how to fly quality kits of rollers over a prolonged period of time. The Lifetime Master Flyer Award, or Double Master Flyer, is reserved for the absolute best of the best; those that have shown the ability to continually win or place in the top 10 year in and year out, regardless of whatever mother nature, time, competition, bird of prey or other challenges they may face. To earn the lofty Lifetime Master Flyer Award, one has to earn 1500 Master Flyer points, a minimum of 750 points of which must be earned in NBRC regulated competitions. There are currently around 10 Lifetime Master Flyers in the world, men who are true masters of flying Birmingham Rollers. For more information on Master Flyer points, please refer back to the Master Flyer Points Award Page.